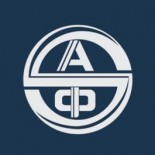 Official Journal of Association of Chinese Professors of Social Sciences in the U.S. (ACPSS)

Behind the Fraudulent Claim of “China Virus”

Wenlong Lou is a professor in the Department of Public Administration at Yanshan University, Hebei Province, P.R. China. His research focuses on China’s housing policies. He can be reached at louwenlong@ysu.edu.cn.

Yuxin Ma received her Ph.D from University of Minnesota and is an Associate Professor of East Asian History at the University of Louisville, Kentucky. She has published a monograph Women Journalists and Feminism in China, 1898-1937 (2010) and authored peer-reviewed articles in Twentieth Century China, Gender Issues, Women’s History Review, American Review of China Studies, American Journal of Chinese Studies, Chinese Historical Review, The Journal of Modern Chinese History and other journals. She has contributed a number of book chapters and book reviews. Recently she has completed her second book manuscript, Chinese Film Workers at Manying: Cinema and Daily Lives Under Japanese Occupation, which is under contract with the University of Kentucky Press. Ma served as a manuscript reviewer for Twentieth Century China and The Pacific Historical Review. She is the Vice President of Southeast Conference of Asian Studies in 2020. She can be reached at yuxin.ma@louisville.edu.

Yuhua Qiao is a professor in the Political Science Department at Missouri State University. Her research interests are in the area of state tax policies, public procurement, and China’s Health care housing policies. She can be reached at yuhuaqiao@missouristate.edu.

Jingyi Song is Professor of History at SUNY – Old Westbury, teaching Chinese Diaspora, 20th Century and a graduate level course of Asian American History. She recently published her new book, Denver’s Chinatown 1875-1900, Gone but not Forgotten by Brill. Professor Song is currently serving as the President of ACPSS.

Zhe Wang is a doctoral student in Department of Economics, Institute for International Economics at Nankai University, with a research interest in world economy and international investment, especially in the areas of multinationals and FDI.

Lihua Yang, Ph.D., is an Associate Professor in the Department of International Business of Business School at China University of Political Science and Law. Her research areas cover international economics, multinational corporation studies and FDI. She has presided over projects supported by National Social Science Foundation of China and several provincial research projects.

Juan Zhang is a graduate student in the Department of Public Administration at Yanshan University, Hebei Province, P.R. China. Her research interest is on China’s housing policy. She can be reached at 1639554238@qq.com.

Yuxin Ma, Ph.D, is an Associate Professor of East Asian History at the University of Louisville.